The Clear English Academy is open for enrollment! Click here to join! 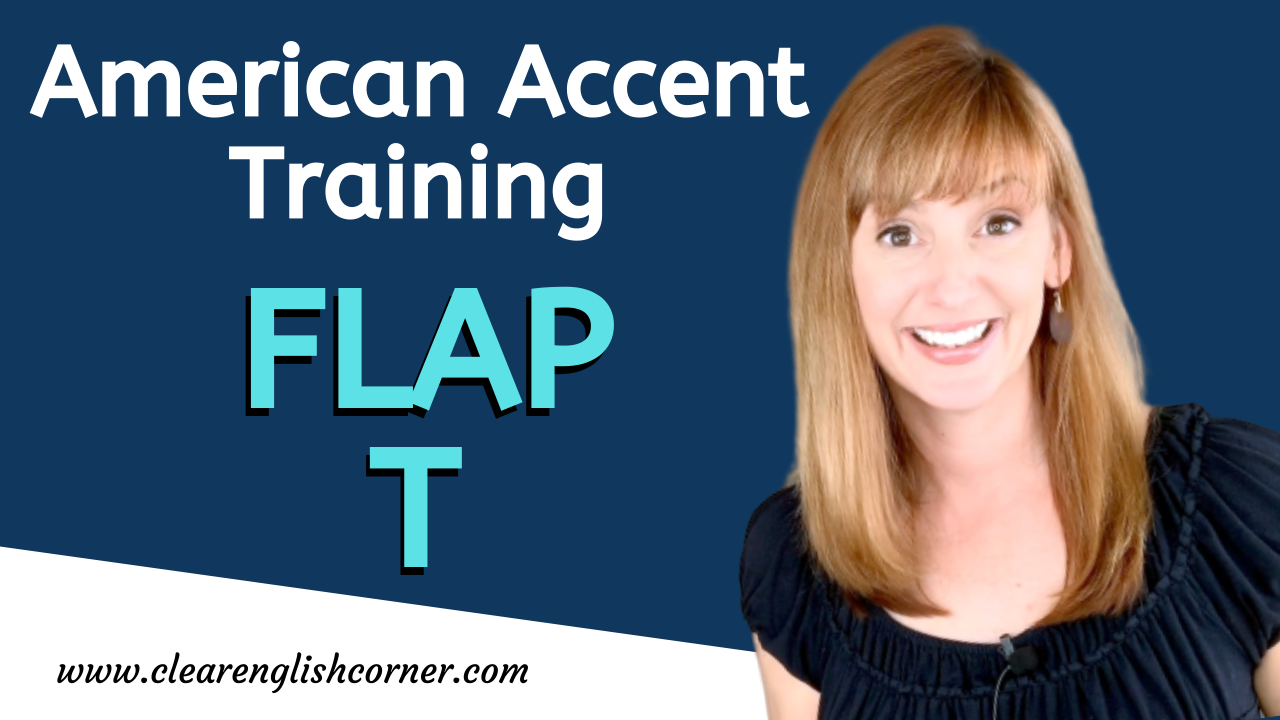 It's time to practice one of the most distinctive consonant sounds in American English- The Flap T.

For those looking to really refine an American accent, The Flap T is a key and challenging sound.

Bonus: I’ve created a FREE downloadable PDF that includes all 25 words used in this lesson plus 70 more for a total of 95 super common Flap T words so be sure to grab that list for your practice!

Other lessons you may enjoy about the funny things Americans do with the /t/ sound:

Practice words and sentences used in this lesson:

May I have a glass of water?

You should drink more water.

We need a little more time.

The city’s becoming over crowded.

Later this afternoon would work.

We have a close-knit community.

That was some party.

I hope you feel better.

This is not my favorite activity.

There’s a lot of activity around here tonight.

Let’s take a look at the data.

Thank you for this opportunity.

I never got your letter.

There are 26 letters in the English alphabet.

He has three daughters.

Which hospital is the best?

He’s been in the hospital for a week.

It took forever to get through security.

Our security system’s out of date.

Did you see the article?

I forwarded you that article.

He does quality work.

We aim for quality over quantity.

She’s in a meeting.

The meeting has been rescheduled.

Whatever works for you.

Whatever happens, I’m here (for you).

He has incredible artistic ability.

It’s such a pretty house.

He’s an authority on the subject.

I don’t have the authority to do that.

Love these lessons? Get them delivered to your inbox!

Good news! There are more FREE pronunciation lessons coming you won't want to miss! Sign up here and I will send new lessons right to your inbox!

Learn how to speak clearly, sound more natural and finally feel confident and comfortable in English.

Don't wait a moment longer to learn how to speak clearly, sound more natural and finally feel confident and comfortable in English.